Msgr. Hugh O'Flaherty Council 8297 was chartered on March 3, 1983 to support St. Olaf's Catholic Church in Poulsbo, WA and St. Peter's Mission in Suquamish, WA.  Our charter members, who were inspired by the Knights of Columbus motto, "In Solidarity with our Priests," chose a Priest as our namesake. The Council charter coincided with the release of the movie The Scarlet and the Black which told the story of the tireless works of an amazing Priest, Msgr. Hugh O'Flaherty who orchestrated the freedom of more than 6,500 Allied POW’s and civilians in Rome during World War II. The movie is a World War II drama based on a true story of moral courage: "In Nazi-occupied Rome, Vatican official Monsignor Hugh O'Flahery wages a secret campaign against the Third Reich. Using his influence and position, he takes part in the efforts to rescue Allied refugees from imprisonment by the Gestapo. O'Flaherty's efforts soon cause him to become a target of an investigation by the SS, led by Colonel Kappler. The Monsignor's diplomatic status affords him some protection, but the relentless German Colonel will stop at nothing to halt O'Flaherty's endeavors - permanently." 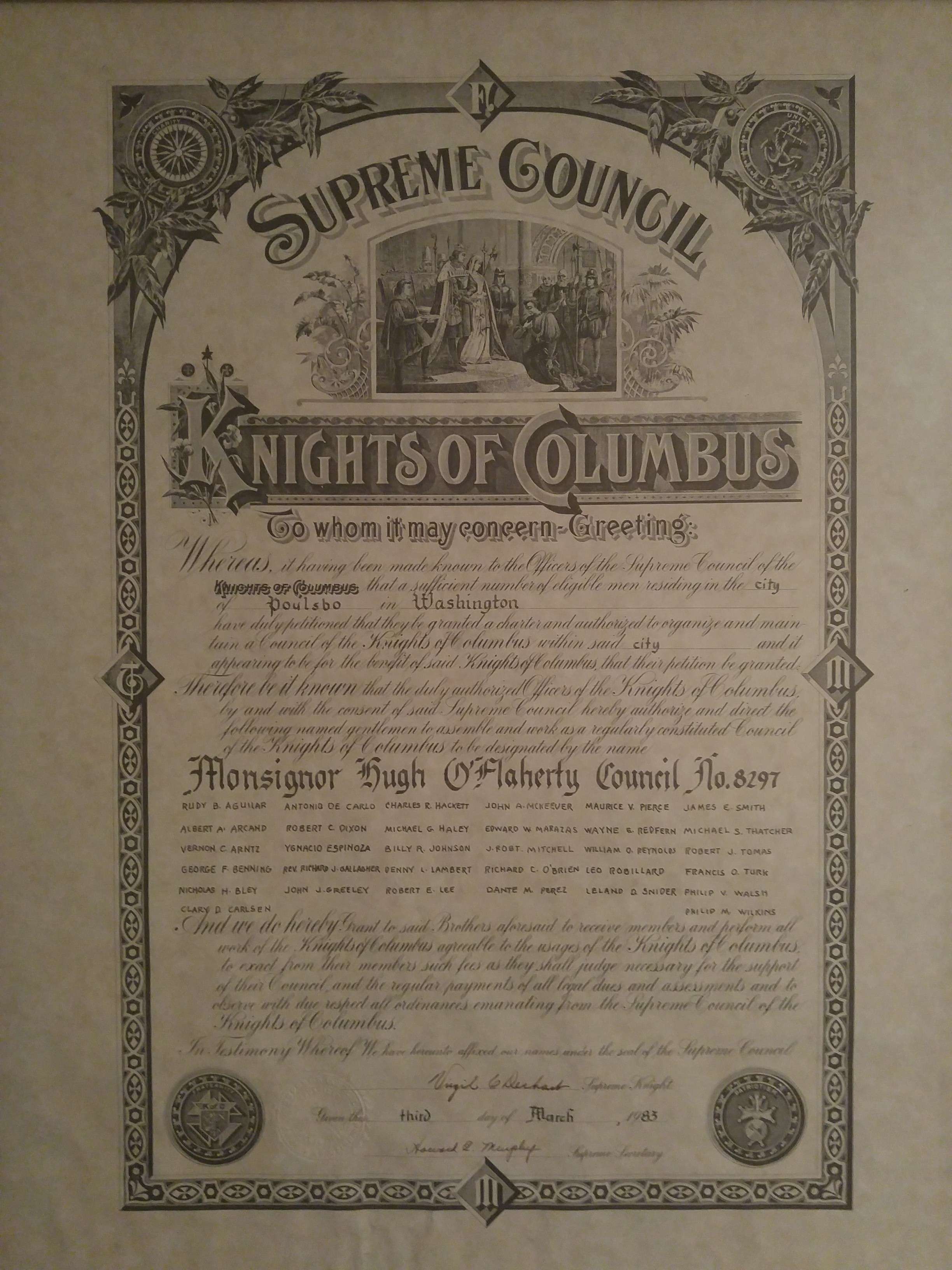 Council 8297 holds monthly Officer and Business meetings on the 2nd Tuesday of every month at St. Peter's Mission Parish House in Suquamish, WA. Officer's Meetings start at 7:00 PM and the Business Meetings follow at 7:30 PM. A social meeting is also scheduled each month on 4th Tuesdays where the Council reviews and plans upcoming events. This timeframe is also set aside to welcome new members into the order when the Council has identified qualified candidates.

All members in good standing are welcome to join us.  If you would like to become a member, please contact our This email address is being protected from spambots. You need JavaScript enabled to view it. for more information or select "Join Us" or the button above. You are also welcome to fill out an application for membership and email it to one of the officers.